A BREAKDOWN OF THE INCIDENT INVESTIGATION PROCESS

Experiencing an incident on a site or in a facility can be an alarming situation, but knowing and understanding the process of how to investigate and handle the incident can make the situation go smoothly and potentially prevent similar incidents from occurring in the future. OSHA believes that there are four main steps to follow in the incident investigation process. In this article, each step will be broken down in-depth so that one can achieve a successful incident investigation.

Whether the incident involves a fatality, personal injury, equipment failure, vehicle accident, property damage, or near miss, following these steps should all look the same. This process will not only determine the root cause(s) of the current incident that one is investigating, but it may also exploit other deficiencies within your workplace or safety program.

STEP ONE:  Preserve and Document the Incident Scene

Before anything occurs, one must ensure that the scene of the incident is secure and does not present further potential for damage to the environment or harm to those around.

For example, a hazardous gas is leaking at the scene, one must verify that the leak is corrected (i.e. valve shut off) before one can further investigate. If medical assistance is needed for those involved in the incident, tend to this matter immediately. Also, certify that all equipment and machinery in this area has been de-energized.

Once it is determined that the scene is safe, it is crucial to keep the scene as close to how it was when the incident occurred. Be sure to barricade this area off with tape, cones, or warning signs so that any unauthorized personnel may not enter the scene and tamper with the evidence. If work cannot be stopped in this area, make certain that the incident site is not being compromised or altered in a manner that could disturb your investigation. The details of the scene are vital clues to determine any possible root and contributory causes of the incident.

Document any specifics about the incident and scene:

During this time, it is also very important to take as many pictures and/or video recordings of the scene as possible. These will be useful resources that one can refer to later on during the investigation process to better determine what truly happened.

What is a key component to an incident investigation? Witness statements!

Not all incidents involve witnesses, but if they do, it is essential to get the witnesses in for an interview immediately, if possible. The sooner one can conduct a witness interview, the better the witnesses’ memory can serve to the details of the scene and incident, and will be a resource to the investigation. As time passes, memories start to fade, and one may get details confused or just outright forget. It is best to conduct interviews within the same day of the incident, but situations may vary.

When interviewing witnesses, do so individually and in a confidential space. It is very crucial to interview witnesses separately, as one could have an influence on how the other recalls the incident. It is also important to vocalize that their interview is confidential and to conduct the interview in a safe space so that the interviewee is not afraid that they will be reprimanded or antagonized by others. To calm any nerves, one must reiterate that the primary purpose of the interview is to prevent similar incidents from occurring in the future, not to place the blame or get anyone in trouble.

Examples of each type of question:

Next, one must create an incident investigation report that details all information relevant to this incident. Be as thorough as possible in this report. Include all said information above, as well as creating a timeline of the sequence of events that led up to the incident, the actual incident itself, and what events followed the incident. Include all factors believed to cause the incident, and then take a deeper dive into these causes by analyzing each to truly determine the root(s) of the issues.

More than likely, there are multiple root causes that are involved in an incident. There is rarely just one factor that creates an incident. In most incidents, there are multiple factors build up over a period of time, thus resulting in the unwanted outcome. Examples of factors could be lack of training, equipment deficiencies, weather conditions, language barriers, and so on.

Once all information has been gathered from the prior two steps, it is now time to conduct a root causes analysis (RCA). A root causes analysis can help determine the deeper systemic issues, rather than just putting a band-aid on the problem for a “quick fix”, that will most likely result in another incident occurring down the road. There are many different RCA techniques that can be used, but one of the most commonly used RCAs is the “Five Whys” method. This method asks a series of questions as to why specific things led up to the incident itself. It may not always take an exact five questions to determine the root causes, but the principle is still the same.

Example of the Five Whys method:

Problem Statement:  “The conveyor belt on the main production line has stopped.”

Root Cause:  In this example, 6 Whys were needed to finally decipher that the weight of the load on the motor was more than its capacity. Now it can be determined to either replace the motor with a more powerful one or restrict the maximum load weight permitted on the conveyor belt at a time.

The most vital step of this investigation process is to follow-up with the incident by implementing corrective actions identified from the RCA. What is the purpose of conducting an in-depth investigation if one does not implement and review the successfulness of the corrective actions? The answer is, there is no purpose, because the incident is likely to reoccur at some point in the future.

This should be considered an on-going process, as personnel, equipment, hazards, and other factors are continually changing. Although an incident investigation is a reactive approach to safety, one must continue to think proactively to prevent the potential for incidents to occur. All workplaces should have a universal goal, and that is to get everyone home safe and unharmed at the end of each workday to their loved ones. 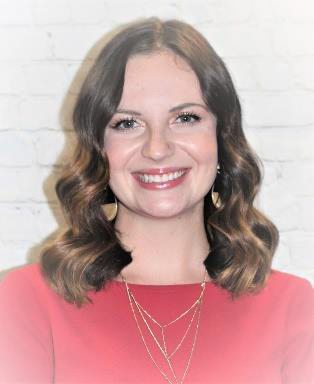